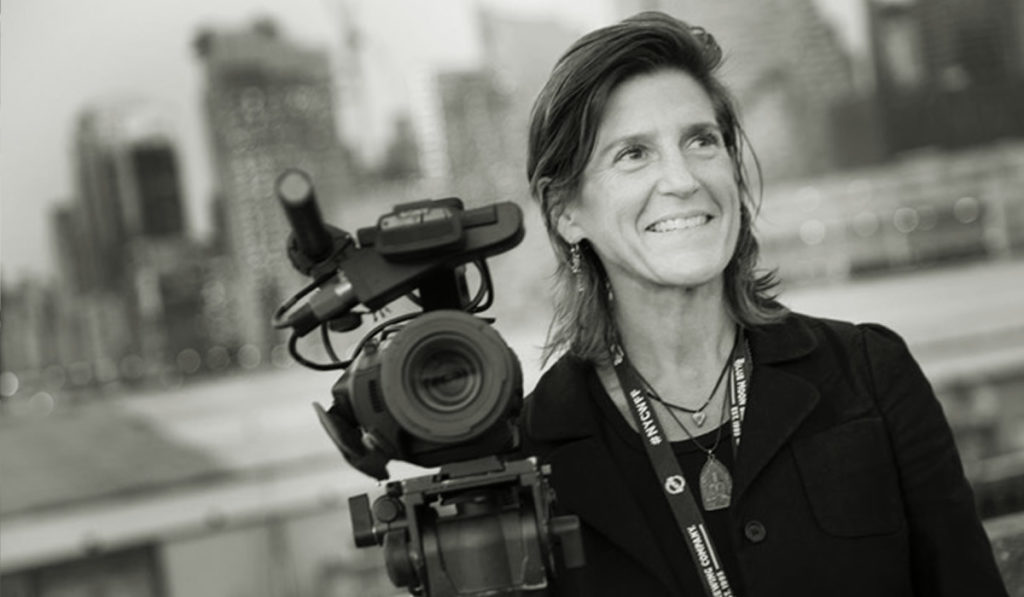 Elizabeth Hummer is a producer, director and educator. Her work has received two Emmy Awards and four nominations in children’s programming and five nominations for fashion content. Projects span production of a live after-school show for teenagers to covering fashion for Condé Nast. She has worked for Sesame Workshop, Nickelodeon, PBS (Cyberchase, In the Mix), and MTV, giving kids cameras to help them tell their stories.

For BYkids, Elizabeth mentored Ndèye Fatou Fall for her film “Walk on My Own”, capturing the voices of a diverse group of women – young and old – working to end child marriage and FGC (female genital cutting) in their Senegalese village. The film has won the gender equity prize at the 2020 Prix Jeunesse and is a finalist in the youth division of the Japan Prize.

Elizabeth also helped produce “Poet Against Prejudice” about Islamophobia, bullying and immigration, by mentoring 19-year-old filmmaker, Faiza Almontaser in the final scenes of the film and supervising post production.

Elizabeth has served on the board of the Children’s Media Association, is on the Board of Trustees of the Shelburne Museum in Vermont and is a leader of Harlem fifth graders with Sierra Club ICO’s nature excursions.

“Youth never cease to amaze me with their innate wisdom and adaptability to a world in constant motion. Mentoring young filmmakers with BYkids gives me the opportunity to amplify their individual voices and help them feel empowered to continue using them.”

“I am proud to be a shepherd to the personal wisdom of young people on behalf of BYkids.”